The Local History Collection (accession number: 89-003) is one of several collections donated to the Brooklyn College Library Archives by the Local Studies Institute of St. Francis College (Brooklyn) in the late 1980s. St. Francis had acquired the Local History Collection from James A. Kelly, who was the Deputy County Clerk of Kings County from 1944-1971, and also Brooklyn’s first Borough Historian.

The collection comprises sixty boxes of diversified materials that help chronicle parts of the history of Brooklyn. The section dedicated to banks is formed by sixteen different banks that existed in Brooklyn through the years that either closed their doors, or were incorporated by other banks in the area. This post uncovers the history behind the East Brooklyn Savings Bank. 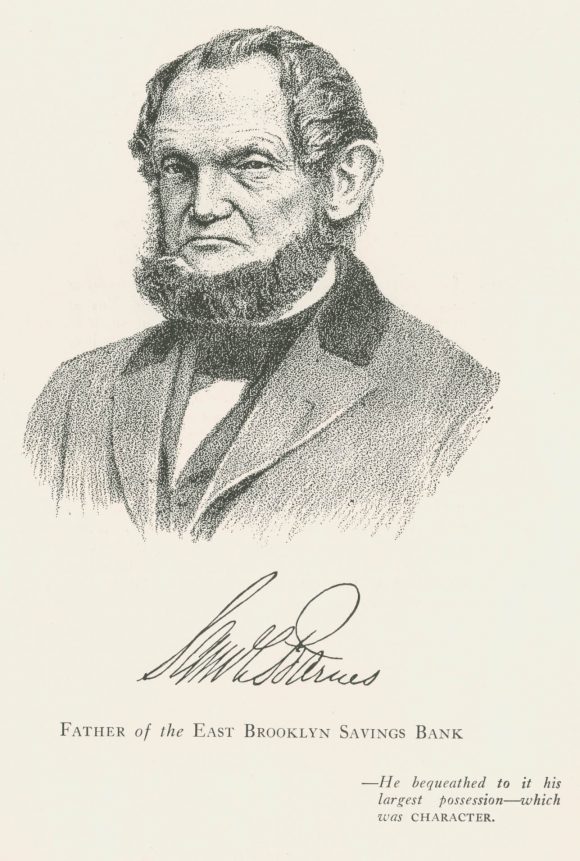 Samuel C. Barnes, originally from Ireland, became the Wallabout village schoolmaster in 1834, and in 1836, the principal for the old No. 4, a school on Classon Avenue, near Flushing. Wishing to start a savings system in the area, Barnes started the East Brooklyn Accumulating Fund Association. He acted as the secretary, and also kept its accounts. Later, the schoolmaster had the idea of a mutual savings bank for the district, and between 1860 and 1861, he opened the East Brooklyn Savings Bank. 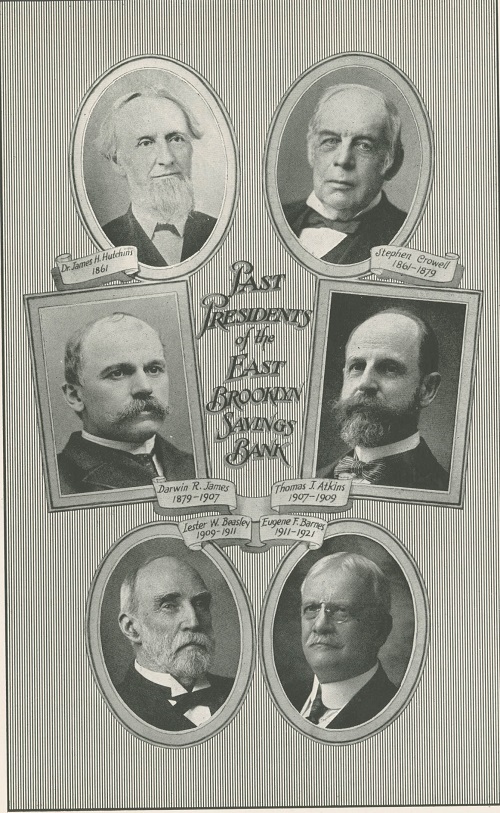 This image shows some of the presidents of the East Brooklyn Savings Bank. On the center-right, Thomas Atkins, one of the founder’s pupils at Old School No. 4.

With this approach, Samuel C. Barnes involved the entire community in the bank – they were part of its story, since the Accumulating Fund Association. It seems that even though Barnes was an austere figure, he was very well-esteemed in his community. John Ireland states that:

Mr. Barnes was not only particular about us intellectually, but he gave us good advice about our habits and morals. As children we rather feared Mr. Barnes than loved him, but as we grew to be men we came to feel for him not only great respect, but great attachment. 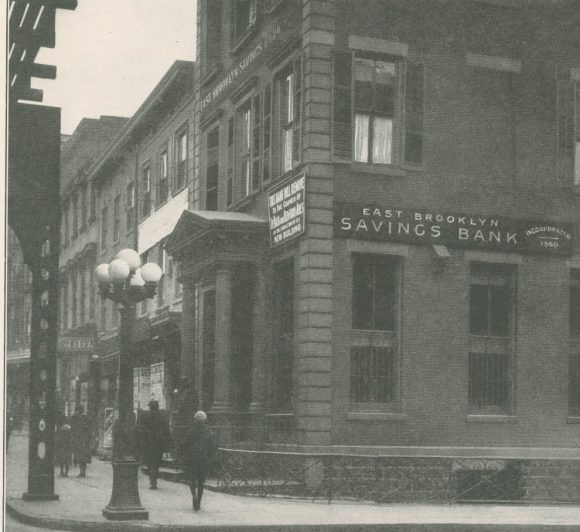 The East Brooklyn Savings Bank had different locations in the borough. From 1873 to 1922, the bank stood at Myrtle and Franklin Avenues (pictured on the left).

The trustees of the bank planned a new home for the longstanding institution. According to them, “it is fitting that the new home should be a building of character, a building to impress even the casual observer”. Proudly, they describe the new building, which still stands at the corner of Bedford and DeKalb avenues.

Koch and Wagner were the architects. The exterior wall are of South Dover marble, from New York State; the base of polished Green’s Landing granite from Vermont. The interior of the banking room is finished with Tavernelle marble from Italy, and Caenstone from France. The floor of the banking room, in the public space, is of Tennessee marble. The banking screen, behind which are the tellers and the bookkeepers, is of Tavernelle marble and bronze. 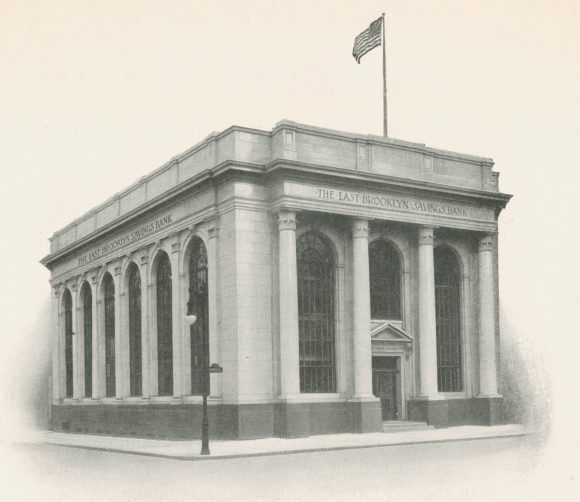 From 1922 onwards, this was the new home of the bank. The building is now a JPMorgan Chase bank, and still preserves the important characteristics carefully planned by the original trustees. 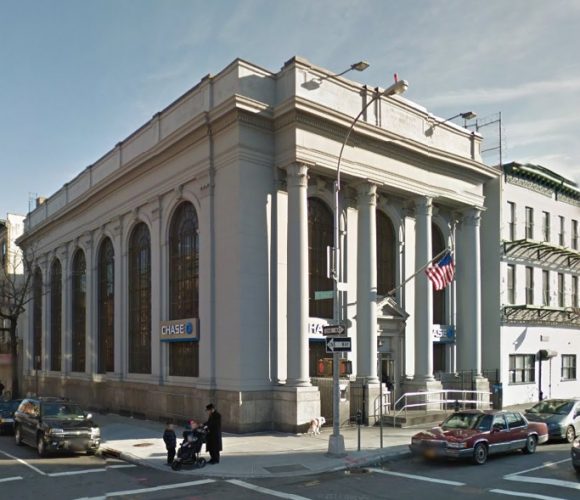 The original building of the Wast Brooklyn Savings Bank, at southeast corner of Bedford and DeKalb Avenues in Brooklyn, now a Chase bank (image from Google Maps, 2016)

The story reflected in this section is based on a publication from 1922 of the East Brooklyn Savings Bank held in the Local History Collection (box 3, folder 22). The images contained in this post are also part of the same booklet, except if stated otherwise.