Content from the Brooklyn College Student Handbill Collection and the Brooklyn Democratic Party Scrapbooks Collection can now be accessed on our NYC Heritage Digital Collections page.  These digitization projects were supported in part by funds from the Metropolitan Library Council (METRO) through the New York State Regional Bibliographic Databases Program.

The Brooklyn College Student Handbill Collection is comprised of handbills that demonstrate student involvement in anti-war rallies, fascism, threats to the United States, defending professors, aid to the Chinese, academic freedom, and much more. 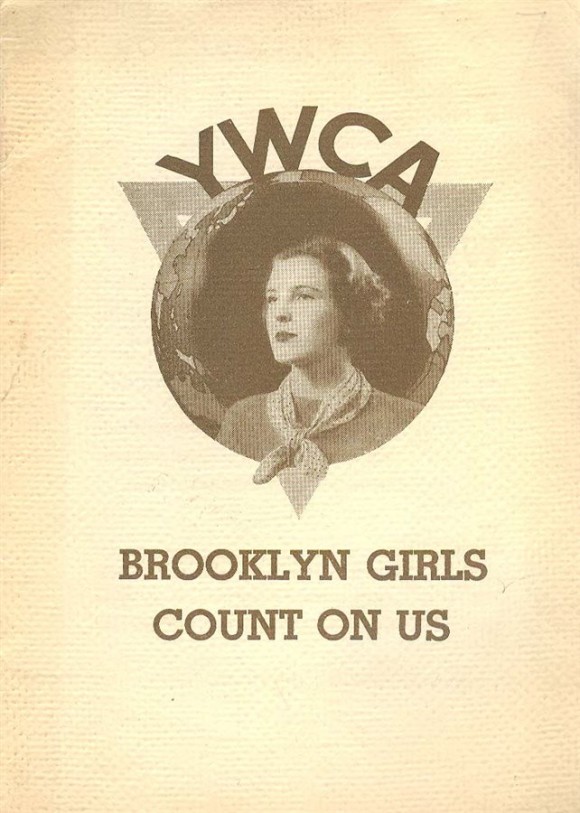 We are currently accepting monetary donations to help us preserve the YWCA of Brooklyn Collection.  In 2010, the Brooklyn YWCA deeded 150 boxes (approx. 500,000 items) of their historical material, spanning 125 years, to the Brooklyn College Library.  Unfortunately, the documents, photographs, memorabilia, and artifacts contained within these boxes are in very poor condition. Many of the items have sustained significant water damage and are now contaminated with mold.  Yellowed, brittle paper crumbles when handled, fragile brochures and pamphlets are torn, and bound minutes and ledgers have broken bindings.

In order to preserve the Archives of the Brooklyn YWCA and make these records accessible, the Brooklyn College Library requires funding to repair and organize this material according to archival standards and practices. Once processed, the collection will be open to the public. We estimate the cost to repair and preserve items, process the collection, and make it available will be $50,000.

Donations over $100.00 will ensure your name appears on:

1. The printed guide to the YWCA Archives.

2. The online guide to the YWCA Archives.

3. Labels placed on the outside of each archival box in which the items are stored.

4. Paper archival markers placed inside of each box.

Brooklyn College Archivists curated a new exhibit on the first floor of the library in the Special Collections corridor on Brooklyn College’s Country Fair, an annual event that celebrated the College’s Birthday from 1938-1994.  This exhibit explores the grand carnival atmosphere of BC’s annual birthday bash.  The display features photographs of elaborate fair booths such as “20,000 Leagues Under the Lily Pond,” images of the Kings and Queens of the Fair, fanciful posters, and amusing artifacts. In May 1938, Brooklyn College hosted its first annual Country Fair to celebrate the college’s birthday through a wealth of games and festivities.  The Fair was spearheaded by Dean of Women, Adele Bildersee, to promote student life on campus and help raise money for graduate students in need.  The Graduate Scholarship Fund was originally established in 1932 by Bildersee to help aid students through the college cafeteria’s annual profits.  When this funding source fell short, Bildersee established the Country Fair to raise money and provide students with a yearly celebration filled with an array of games, dances, costumes, performances, and ceremonies.

The theme was chosen as a way to reproduce the carnival atmosphere created when the Ringling Brother and Barnum and Bailey Circus pitched their tents on the site that would become the campus of Brooklyn College.  More than a thousand people enjoyed the festivities of the first Country Fair and by the 1950s the Country Fair had a budget of over $15,000 with over 30 committees involved in the planning of events, contests, games, shows, and concession stands.  The Country Fair remained widely popular among Brooklyn College students, faculty, and the community until its decline in the early 1990s.