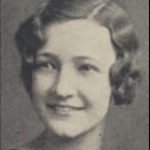 Very active in student life, Ethel was a member of Alpha Delta Pi, President of the YWCA club, and on the Senior Prom Committee.

Photo of the Y.W.C.A club from the 1932 Yearbook. Ethel is seated in the front row, center.

Brooklyn College was founded in 1930 when the popular Brooklyn branches of City College (for men) and Hunter College (for women) were combined to form the third college in what would eventually be known as the City University of New York.   Ethel had been taking classes at the Brooklyn Branch of Hunter and in 1930 eagerly became a part of her borough’s co-ed public college.   On May 15, 1931, in celebration of the first birthday of Brooklyn College, students performed Sophocles’ Antigone, which Ethel helped produce.

Upon graduation, Ethel worked in Macy’s earning $14 dollars a week.  She later worked for an investment firm.

Ethel lived in Fresh Meadows Queens until the age of 101 and is now residing at Flushing House Assisted Living. She remains active in all that they have to offer. 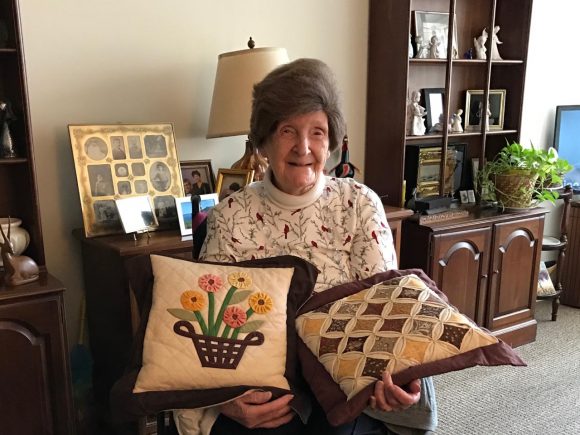 Ethel in her apartment at Flushing House Assisted Living, holding two pillows that she quilted. Ethel belonged to a quilting circle for many years before moving to Flushing House.

One thought on “Ethel Lagarenne ’32 – The Oldest Living BC Alum”