Since its founding in 1930, there have been 9 Brooklyn College Presidents.  Below is a list of all the BC Presidents, which also includes Acting Presidents:

A Look at William A. Boylan, The First BC President 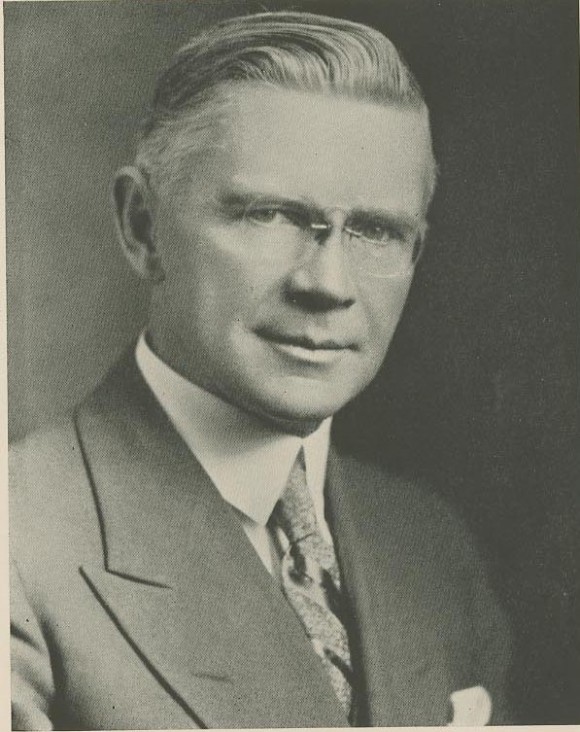 “His manner seemed austere, and his blue eyes appeared stern behind his rimless pince nez glasses until one caught their Irish twinkle. He was a bachelor, proper and neat as a pin in dress and formal of speech; but he spent many a pleasant evening at cards with Borough President Raymond Ingersoll and other cronies.” 1

No one is more responsible for our beautiful Midwood Campus than our first President William Aloysius Boylan (1869-1940).  An educator, Boylan moved up the ranks in the New York City Public School system from teacher to district superintendent. He also wrote textbooks on reading, writing, and mathematics, many of which can be found in the Brooklyn College Library.

Boylan ably led BC through those hectic early years in Downtown Brooklyn before the College had its own campus, and he was committed to finding BC a home of its own. Although many faculty members initially grumbled at the Board of Higher Education’s choice of a municipal administrator as the President of Brooklyn College, Boylan’s many city connections and his years of experience with NYC school construction benefited this nascent institution. The Midwood Campus opened in October 1937. Almost one year later in September 1938, Boylan resigned due to ill health. He died in 1940.

“The Union Between Democracy and Education”: Boylan at the Cornerstone Laying Ceremony in 1936.

The Ceremony for the laying of the Midwood Campus Cornerstone took place on October 28, 1936.  Many dignitaries spoke and the New York City Sanitation Department Band played celebratory music while the crowd awaited the arrival of President Roosevelt. FDR would lay the cornerstone for the gymnasium building, later known as Roosevelt Hall. Before FDR’s motorcade turned down Bedford Avenue, Boylan addressed the crowd: 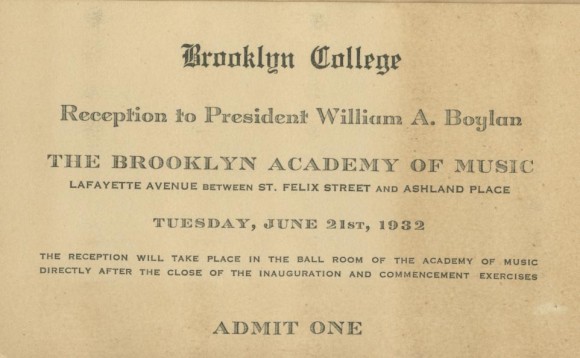 This reception, celebrating the inauguration of Boylan, followed the first Commencement Exercises at Brooklyn College in 1932.

“We strive to develop a college with a keen sense of the needs of the present and the aims of the future. From its early experiences in the midst of the busy activity of downtown Brooklyn, the new college will carry away to its permanent home a living consciousness of contemporary demands and problems, determination to share in that type of higher education which is eager to be an integral part of the community in which it functions. Yesterday’s traditions shall not bind us to today’s questionings and to the world’s anxious hope for a better tomorrow. Above all, we shall strive to inculcate the lesson that in order to attain that richer, more inspiring tomorrow, the community must enlist its best intelligence, its highest ideals, its most practical and realistic talents.”  — From William A. Boylan’s Inaugural Address at the first Commencement Exercises, June 11, 1932.